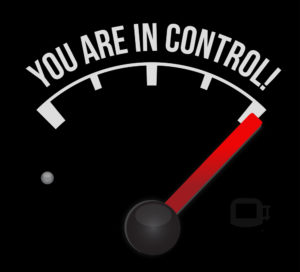 During a recent CERTS Parent Education Webinar, Robbi O’Kelley the Executive Director of La Europa Academy presented on the topic, “Over-Control:  When Self-Control Becomes a Problem.”  Robbi explained that at the CERTS Programs and specifically at La Europa Academy we are seeing more and more students admit with over-control issues.  Students with over-control issues often need a different type therapeutic support than students with under-control issues.  Many of the evidenced based treatments are designed for under-control individuals.  Many treatment programs for teenagers suffering from depression, trauma and anxiety deal specifically with emotional dysregulation, poor distress tolerance, and poor impulse control.

Receptivity and Openness:  Manifested by high risk aversion, hyper-vigilant for threat, avoidance of novelty, and automatic discounting of critical feedback.

Emotional Expression and Awareness:  Manifested by inhibited expression, and/or disingenuous expression (e.g smiling when distressed), and a minimization or low-awareness of stress. The focus of treatment is the correcting the over-controlled coping style. One of the best treatment options is Radically Open Dialectical Behavioral Therapy (RODBT). Radically Open Dialectical Behavior Therapy (RO DBT) is a new evidence based treatment targeting a spectrum of disorders characterized by excessive self-control, often referred to as over-control. It is supported by 20 years of clinical experience and translational research that parallels established guidelines for treatment development (e.g., UK Medical Council, 2008; Rounsville & Carroll, 2001; 2006).   Treatment that focuses on changing this style and “becoming part of the tribe” ameliorates the symptoms.  Therapists need to teach radical openness rather than avoidance.  They can teach clients to embrace emotions as an important system of information for making decisions.  Therapists also need to focus on teaching and modeling flexibility in thinking and actions.  Parents can also model this type of flexibility to their children with over-control struggles.  Therapists can also target social signaling as a primary intervention.  This is important because a teen with over-control issues often find that they are “on the outside” of social interactions.

To learn more about Over-Control, you can watch Robbi’s entire webinar on the CERTS Parent Education Channel at:  https://www.gotostage.com/channel/certsparenteducation.